Here we'd love to share with you our story. We appreciate your frequent visits.

The Beta Version of myScoop App is now available on Google Play & App Store. We will continue working hard to meet your expectations. It is just a start, stay tuned. Download myScoop for FREE:

We are glad to announce the launch of our website (“https://myscoop.co”) which provides a message of who we are, what our products stands for and what blows in our minds when developing, upgrading and maintaining features and solutions.

It brings us great honor if this website creates the experience you’re looking for when you pay us a visit.

It started with the Arab Spring, which began in late 2010 in response to oppressive regimes and a low standard of living in the Middle East & North Africa, especially when it came to Syria, just a hundred KM away from my hometown. The situation there exceeded all the horrible expectations. Simply it was THE WORLD WAR III but on a limited geography. The most painful part there was when many times the world did not know all the truth as clear and powerful as it should be. Many times the story was partially told, politically biased, and with big doubts about footage verification. Business wise, most exclusive footage, which went viral on media, were originally captured by mobile cameras. Neither the copyrights nor the rewards of citizen journalists were maintained at most times.

How can we help in verifying the captured footage as a trustworthy content to promote completing the true story told? How can we turn the active role of citizens in the process of collecting, reporting, analyzing and disseminating news and information into a business model? How can we help citizen journalists save their copyrights and get rewarded for the content they are publishing? How can we link between media organisations and citizen journalists without the complications of job contracts and CashOut?

Eureka we've got it, the myScoop app!

The myScoop App empowers vloggers and citizen journalists to sell their well-hunted scoops on a free speech social platform. The app assists them to get paid as camera freelancers when sharing location-based content on missions. The app boosts users' creativity by fully featured camera templates to create videos, like Breaking News, Reports, Interviews, Shows, Reactions, Reviews, and much more without the need of editing softwares! All user-generated content is automatically verified per time and location, and watermarked to maintain users' copyrights.

The myScoop app aims to connect content-sellers to content-buyers allowing for the accuracy of media reporting. Sellers (scoopers) are the independent activists, journalists, or local eyewitnesses to hot stories happening around. Their mobile videos now are copyrighted and have paying audiences! Buyers (publishers) are those who have a TV show, journal, online channel, etc., and looking to pay their sources for the videos they are sending to them, or decision-makers in governments who aim to engage their residents by crowdsourcing content, or any professional who needs to grab mobile videos, anytime, anywhere!

You Hunt a Scoop, We Guarantee a Buyer!

Your Story Matters. Vlog It. 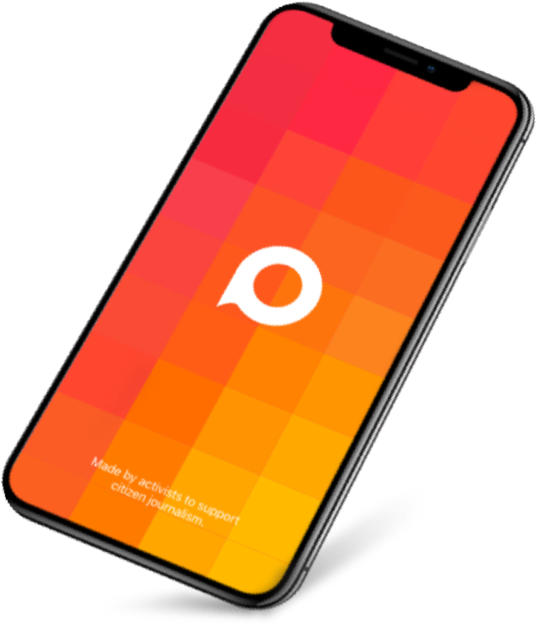 YOUR STORY MATTERS. VLOG IT.